Directors – Do You Owe Fiduciary Duties to Your Shareholders?

Home » Blog » Directors – Do You Owe Fiduciary Duties to Your Shareholders? 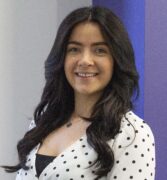 A question which struck a chord with judges when dealing with the recent case of Vald. Nielsen Holding A/S v Baldorino earlier in July this year, where the High Court considered the circumstances in which company directors owe fiduciary duties to the company’s shareholders.

In light of the above, the High Court found that the present claim was far from the circumstances in which a fiduciary relationship had been held to exist between director and shareholder, and that in this instance no special circumstances were present which mirrored those obvious features of fiduciary relationships. As a result, no fiduciary duties were found to have arisen between the defendant and the Target’s shareholders, and as such the claim for breach of duty was struck out.

If you require advice on the buying or selling of company shares or advice on fiduciary duty, please contact Farleys’ experience corporate law team on 0845 287 0939 or email us.

The Companies Act 2006 introduced a change to the law; the filing at Companies House of residential addresses for public disclosure became o...

Does a Director Leaving the Company Have to Sell Their Shares?

In a large number of SMEs, the roles of the directors and shareholders are assumed by the same people. This often results in a common miscon...

When Can a Claim for a Director’s Breach of Fiduciary Duty Be Made?

A recent case has considered the time frame within which a claim for a director’s breach of fiduciary duty can be made. The case of First ...