New Year Acquittal for the Fraud and Business Crime Team 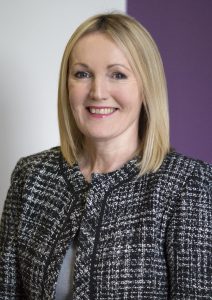 Trading Standards Scambusters team carried out a major investigation in to Thermal seal, a company selling roofing repairs and rigid foam system. Warrants were executed in March 2014. Farleys acted for 2 of the directors in lengthy interviews and supported them throughout.

THERMAL SEAL was a new company but based on an existing company model. Its aim was to sell a new type foam insulation system to a niche market of homeowners throughout the country. The sale of the product involved initial telesales contact calls, property surveys and the work ultimately being carried out by an experienced contractor. The 3 directors of the company were charged with conspiracy to defraud, money laundering and associated consumer protection regulations concerned with the mis-selling of the product to what the prosecution described as vulnerable people. The building contractor for the firm was later charged with the conspiracy. Ultimately each defendant was separately represented.

Bridgette Hibbert, associate partner stated “this defendant was adamant that there had been no wrong doing and was personally devastated by the allegations. Additionally Trading Standards obtained restraint orders, meaning defendants could not deal with their assets, we were therefore involved in the financial issues at an early stage and assisted in securing income and banking ability for the defendant and his family.”

Dedicated defence work revealed a whole host of documentation which had not been considered by the prosecution and was able to be presented at trial, Insurers were spoken to on behalf of the defence and that evidence also went before the jury. Despite the prosecution calling 40 witnesses and the trial taking 56 days, the jury took just 45 minutes to decide to acquit all 4 defendants.

Farleys have long standing relationships with local chambers, in this case Mark Rhind of Exchange chambers presented a well prepared case and we achieved an excellent result.

The department has considerable expertise in cases involving high-value fraud, money laundering, and false accounting. We regularly act for businesses and individuals and an ever-increasing number of professional clients.

The Fraud and Business Crime department are widely regarded as one of the leading Firms outside London in this area of work, a fact which is recognised in the Chambers Guide to the Legal Profession, which lists Farleys for its Serious Fraud work.

To speak to us today, call 0845 287 0939 or alternatively, you can contact us by email and we will respond to you as soon as possible.