Please note: The information in this blog is correct as of 31/03/2020. Due to the evolving situation around the coronavirus outbreak and its affect on football, guidance is likely to change. While we will endeavour to keep you updated on any changes, it is always advisable to speak with a solicitor for specific advice.

On Thursday 19th March, it was announced that the Premier League, EFL, Women’s Super League and FA Cup competitions have been extended indefinitely and suspended until at least 30th April 2020 as part of measures to combat the spread of the coronavirus.

Following this, the FA announced that the 2019/20 season results will be erased for non-League divisions below the National League and National Leagues North and South, and for women’s football below the Women’s Super League and Championship. This means there will be no promotions and no relegations within those leagues.

While the news has left football fans in limbo as to when, or even if, they will get to see the conclusion of the Football League seasons, the move will have a more complex impact on the football clubs themselves, particularly those with a more limited cash flow than the Premier League giants.

As the situation is evolving by the day, with new information and guidance from the Government, there are few definite answers at present but here is what clubs will need to consider over the coming months.

With the news that the season is expected to extend past its set finishing date, clubs will need to consider the contracts of their players which are set to end on 30th June 2020. You will need to discuss their options with any players whose contracts were due to finish this year:

Many advertisers enter into sponsorship agreements with clubs under the provision that their brands will receive exposure during the playing of matches; for example perimeter board sponsors. However, while the season is suspended, these advertisers may feel they are not receiving the services they are paying for. As we approach the end of June, when quarterly payments for sponsorships are due, having seen no live football for several months, some sponsors may attempt to contest or default on payment.

Clubs will need to have their sponsorship agreements reviewed to establish their legal position should such actions be taken by sponsors. Stephen Greenwood provided some advice about commercial contracts and the particular clauses that need to be present for a commercial contract to be terminated in this blog.

While much of the public’s focus will be on players and the recommencing of the season, there is a great deal more to the day to day working of a football club, including employees and workers who keep things going day to day and those that are called in on match days to help things run smoothly.

Since the suspension of the season announcement, many club staff have found themselves without work; some clubs have announced they will continue to pay their employees for the duration while others simply don’t have the funds and will have had to make the difficult decision to lay off staff or place them on the government’s Furlough Scheme. You can find out more about the Furlough Scheme in this blog.

Those who have yet to take action with regards to their employees will have to plan the best way to secure jobs for the possible recommencement of the season while retaining funds while there is limited cash-flow.

For advice on any of the issues raised in this blog or any other sports law matters, please contact Farleys’ sports law team on 0845 287 0939 or contact us by email.

Furlough Leave – What is it? How is it Implemented?

Please note: the information contained within this article is correct as of 12/01/2021. As the COVID-19 situation continues to develop, guid...

Impact of Coronavirus (COVID-19) on Contracts

We have received many calls about termination of contracts as a result of the coronavirus outbreak.  Unforeseen events do not release contr...

Many businesses are set to suffer due to the impact of social distancing and self-isolation, with industries such as travel, retail and insu... 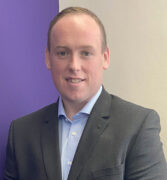