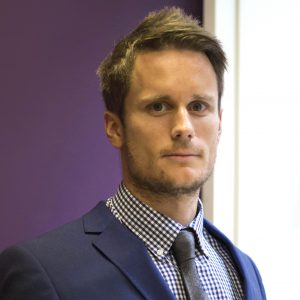 Richard Yates, who is a solicitor in our Manchester office, has been selected for the England team at the 2016 Manchester International Athletics Competition and will be taking part in the 400m hurdles.

Richard, who has been participating in the hurdles at a professional level for six years, will compete against some of the best athletes in the country at the new one day event organised by England Athletics and Manchester City Council on Wednesday 17 August at the Manchester Regional Arena.

The event will see England take on Scotland and Wales, with athletes from across the UK and beyond representing their countries as part of this brand new athletics festival.

Joining Farleys in 2012 as a trainee solicitor and subsequently qualifying into the firms Sports Law and Commercial Litigation team, Richard has since built up a strong client base and is a rising star in the firm, alongside maintaining his athletics career – which requires training up to six nights a week.

His determination has paid off however and has seen him compete in various international competitions. Richard finished seventh in the 400m hurdles final in the 2014 Commonwealth Games in Glasgow, following up a fifth place finish in the Delhi Games in 2010 and a bronze medal in the 4×400 relay at the same games.

Commenting on his decision to balance demanding two careers, Richard said: “ it can be a struggle to make a living from athletics alone and it is therefore important for athletes to have plans in place for once they stop competing. This is something I often advise a lot of Farleys’ sports clients; even the highest paid sport stars need to plan for the future and a life beyond sport – which is invariably a short career.

“For the near future, however I think that I’ve managed to achieve the right balance between the two and I’m lucky that a lot of the attributes are similar between the two in order to make both careers work – determination, hard work and a desire for success – whether that be on the athletics track or getting the right result for my clients”.