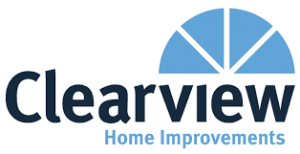 Clearview strengthens its position further with a change of ownership

The Corporate team at Farleys Solicitors has advised the shareholders of leading North West retailer Clearview Home Improvements, in a deal that sees the company become a part of Wakefield based Conservatory Outlet Group, bringing the group’s combined revenue to over £40 million.

Established in 2008 and employing over 100 staff across its three sites in Warrington, Preston and Nantwich. Clearview specialises in the design and installation of high quality conservatories, new living spaces, windows and doors throughout the North West.

The move is a natural progression for the company, having already been a part of the Group’s network of retailers since 2009, in which time its sales have doubled to £14 million.  The addition of Clearview to the Conservatory Outlet Group has consolidated the Group’s position in the market with an unbeatable reputation for local excellence in the North West.

Charlotte Mills, Associate Partner at Farleys provided legal advice to the exiting shareholders of the company Chris Mitchell (Managing Director) and Andrew Ross (Installations Director), who will remain in their day-to-day roles alongside Sales Director Gary Oakes, each having played a crucial role in the company’s achievements.

We’re thrilled to become part of the Conservatory Outlet Group and whilst it’s very much business as usual for us, this represents a fantastic opportunity to accelerate both the growth and advancement of the business.  This is great news for the business, our staff and of course our customers.

Charlotte said: “It has been a pleasure working with Chris and Andrew on this deal. They have built a fantastic business which has gone from strength to strength under their management. This is an exciting new chapter for Clearview as they join the Conservatory Outlet Group and we wish the team the best of luck for the future.”

UK Athletics have recently announced the election of nine members to their newly formed Athletes’ Commission. One of those members is Farl...

Lancashire law firm, Farleys Solicitors has been awarded the Legal Company of the Year award at the  Lancashire Business Awards 2017. Bea...

Farleys Solicitors have provided legal advice on a deal to rename St Helens’ rugby stadium, formerly known as Langtree Park, in a sponsors...