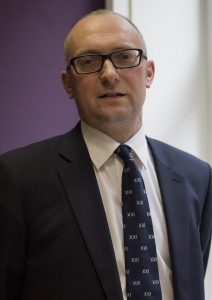 Jonathan Bridge, Head of Farleys’ abuse department was invited to speak on BBC2’s Victoria Derbyshire show, about the new documentary The Betrayed Girls,  focusing on the Rochdale abuse scandal and subsequent failings by the police in investigating abuse claims. He appeared alongside former GMP detective Maggie Oliver and “Laura”, one of the victims of the Rochdale abuse ring.

The documentary, which aired Monday 3 July at 8.30pm and can be found on BBC iPlayer, was extensively researched by producers Henry Singer and Robert Miller, who interviewed Jonathan and some of his clients to get a clear picture of the events in the years leading up to the prosecutions.  In this time numerous pleas from victims, sexual health worker Sara Rowbotham and even Maggie Oliver herself were ignored by Greater Manchester Police, who failed to act on a report from Oliver which stated that Rochdale had a problem with gangs grooming vulnerable young girls.

On the Victoria Derbyshire show, Laura explains how she went to the police to report her abuse at the hands of the grooming gang on several occasions only for her to be ignored and even on one occasion, the tables were turned and Laura herself was arrested.

Jonathan, who has worked on behalf of victims of the Rochdale grooming gangs as well as other historical abuse survivors to claim compensation, expressed his concern that it is difficult to bring a civil claim against the police for their failings as previously judges have always ruled that the police cannot be held liable for their mistakes. He also stated his wish for abuse claim payouts to be more considerable and reflective of the pain and suffering the victims have gone through.

“Whilst documentaries such as The Betrayed Girls will make for uncomfortable viewing, it is essential in terms of raising awareness on a subject that unfortunately, is all too commonplace now in society.

Year on year we are seeing an increase in numbers of people coming to us to report cases of abuse – it  is sometimes only when cases such as that of ‘Laura’s’  is  brought to the public’s attention, that victims and their families find the courage to speak out about their experiences and seek to find the justice they have so far failed to achieve.”

Child sex abuse not only an historic problem but an ongoing issue in many of our cities, warns leading abuse lawyer

The last few weeks has seen various reports and stories of teenagers being groomed and abused by gangs, with the BBC drama Three Girls bring...

Football is very big business nowadays and it’s hard not to encounter legal and personal issues with the level of money associated in all ...