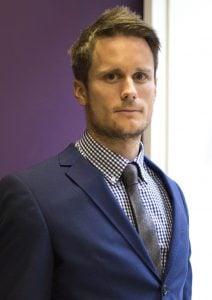 UK Athletics have recently announced the election of nine members to their newly formed Athletes’ Commission. One of those members is Farleys’ very own sports lawyer Richard Yates.

Richard began competing at international level at the age of 22 and became British champion for the 400m hurdles in 2008, reclaiming his English champion title again in 2013 and 2016. He has represented England at the Commonwealth Games over 400 hurdles in Delhi (2010) and Glasgow (2014). Richard also won a bronze medal for England in the 4×400 metre relay at the Delhi Games.

The Athletes’ Commission has been set up to ensure that UK athletes have a voice and their views will ultimately be heard by UK Athletics’ Performance Oversight Committee and the UKA Board. Jason Gardener, UK Athletics President, says;

“Ultimately the Commission will allow for the voices of former and current international athletes’ to be heard by both the UKA board and UKA’s Performance Oversight Committee via a direct line of communication, and the Commission is something we will all benefit from having in place”

Richard will stand on the commission for an initial two year term. Of his election, Richard commented;

I feel very proud and privileged to have been elected as a member of the inaugural Athletes’ Commission. I am looking forward to working with the Commission in acting as a voice and point of direct contact on behalf of our athletes to ensure that any decisions made by UKA are in the best interests of the athletes and serve to drive our sport forwards on a positive basis.

Alongside the 400m hurdles, Richard is a highly regarded solicitor specialising in sports law and commercial litigation at Farleys Solicitors.

Lancashire law firm, Farleys Solicitors has been awarded the Legal Company of the Year award at the  Lancashire Business Awards 2017. Bea...

This month marks a landmark occasion for not one but two Farleys’ partners as they celebrate an impressive 40 years at the firm. Michael ...

Trio of Promotions at Farleys Solicitors