Family Lawyer Sleeping Out to Raise Money for Manchester’s Homeless 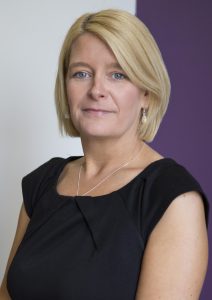 Manchester’s homeless crisis has been in the headlines daily recently as it has been reported that more than 3200 people are without a home in Greater Manchester and that figure is rising alarmingly. This has led to calls for action to help reduce the number of vulnerable people having to sleep on the streets. Unfortunately, this is a costly thing to take on requiring funds which simply aren’t available.

For a number of years, many charities have been setting up fundraising events to raise money to provide safe places and initiatives to get people off the streets. One such charity is Caritas Diocese of Salford which set up Cornerstone, a day centre “providing services to vulnerable and disadvantaged adults” particularly those who are homeless. The centre welcomes on average 200 people through its doors each day and relies on donations to fund its services.

One of their fundraising initiatives which has been running for the last two years is the Big Sleep Out which sees volunteers sleeping out to help homeless men and women in Manchester by raising money for “pods” and beds to allow the homeless a safe place to bed for the night. The past two years’ events have raised a brilliant £94,000 and this year they hope to raise even more.

Farleys’ family lawyer Jillian Stackhouse has taken part in the fundraising event since it began in 2015 and will be once again taking part on April 21st.

“The work that the staff at Cornerstone carry out with people in Manchester, who face social issues such as homelessness, is amazing.  Unfortunately, there are so many people in Manchester who need their help and the Big Sleep-out has enabled the centre to now offer overnight accommodation throughout the cold winter months.  Many of these people have found themselves victims of circumstance and just need a helping hand at getting back on their feet, which is where Cornerstone come in.  Hopefully we will again raise an amazing amount of cash on the night!”

If you would like to make a donation towards the cause, please head over to Jillian’s Just Giving page.