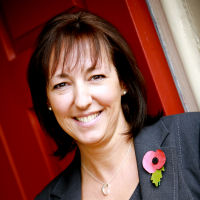 A lawyer from Farleys’ family department has been shortlisted for a major legal industry award. Nicola Rushton, from Rossendale, is one of the four finalists up for the title of ‘Legal Executive of the Year’ at the National Family Law Awards.

Nicola, who has over thirty years’ experience practicing family law, deals with all aspects of family law; specialising particularly in the areas of Divorce, financial applications, Private Law Children Act proceedings and co-habitee disputes. Joining Farleys in 2006, Nicola is based at Farleys’ Burnley office, handling cases from throughout the North West.

Nicola is a well-known figure on the family law circuit in the local area, and in addition to her role as a family law practitioner; helping clients to resolve family matters; she has often gone above and beyond the norm. For example, Nicola has taken fundamental roles in establishing a number of initiatives for women locally, including the Rossendale Domestic Violence Forum and the Women’s Refuge in Burnley.

The family law team at Farleys are no strangers to awards of late; having been shortlisted as Family Law Team of the Year in 2012, along with Head of Family Law Antonia Love scooping the top prize for ‘Partner of the Year’ last year.

The Family Law Awards, now in their third year, celebrate and commend the important work of law firms, individuals and barristers in the area of family law in England and Wales.

The award for Legal Executive of the year will be decided by vote, and the winner will be announced at an awards ceremony in London on 9th October. To cast your vote for Nicola, visit www.familylawawards.com/vote