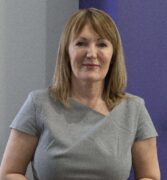 Luis Suarez, after serving a lengthy ban for racially abusing Patrice Evra, was given the opportunity this weekend of making amends by shaking the hand of the Manchester United player prior to the commencement of the game at Old Trafford.  However, as has been widely reported since the event, he refused.

Now hold that thought and look more generally toward sentencing policy with regard to offences that are aggravated by racial or religious motives.  What the sentencing guidelines instruct tribunals to do is to look at the offence, determine the sentence that would be appropriate for that offence and then enhance it to take account of the racial or religious aggravation.  If, therefore, an offence would warrant a custodial term then the person receiving such sentence would be serving longer because the victim of the assault or abuse was identifiable and targeted because of his race or religious persuasion.

Returning now to the football game at Old Trafford and returning to consider the action of Luis Suarez in not shaking Patrice Evra’s hand, is it right to conclude that the punishment that was meted out in that case did not work?  Indeed, were the actions not such that, given the circumstances and given the apparent assurances to the Club that there would be reconciliation, in fact the offence that was originally committed was aggravated by subsequent behaviour?

I am not sure that from the actions of footballers one can draw conclusions that impact on sentencing policy applied in courts but there is a view that to enhance sentence because of racial or religious aggravation serves to do little save to entrench the prejudices of the offender.  I will explain that in this way.  Given sentences should be explained to individuals so that they understand the reasoning, one must wonder whether the perpetrator of the offence, who has demonstrated prejudice by the original offence, would not develop a further feeling of resentment toward the member of the minority upon being told their sentence has been extended due to the fact their victim was from an ethnic minority. Does, therefore, the prejudice not become more entrenched and the bitterness exacerbated by the sentence handed out?

It is not the purpose of this article to suggest that racially or religiously aggravated offences ought to be condoned or not dealt with in a certain way but consider this: if it is accepted that prejudice arises from a lack of understanding or ignorance or deliberate refusal to accept difference, then surely that is better dealt with in a more constructive way.  Rather than the enhancement of a sentence simply deprive the individual of his liberty for longer, or in the case of the footballer, impose a lengthy ban from the football field, should it not incorporate some form of education to help those who are offenders understand the hurt, the distress and the effect of their actions upon others?

It may well be that a refusal to shake an opponent’s hand will reverberate throughout the press for a short period of time and may, who knows, lead to consequences as far as the player is concerned. The question for him and indeed others within the criminal justice system is, is it not the time to look anew at punishment and be more constructive than depriving someone of their livelihood or indeed liberty?