Rankings for Farleys in Chambers and Partners 2017 Guide

Home » News » Rankings for Farleys in Chambers and Partners 2017 Guide 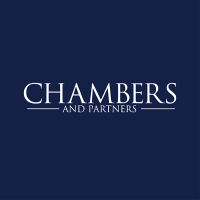 The Chambers and Partners guide to the legal profession for 2017 has been released. This year Farleys have been ranked for a number of departments once again and some of our lawyers have been recognised for the excellent work they do within their departments.

150 full time researchers have pulled together information from 70 areas of law in 50 cities in England, Wales, Scotland, and Northern Ireland to provide and accurate and reliable guide. Since 1990, the accredited guide has been globally recognised for its comprehensive and impartial perspective on the legal profession.

Firstly, our Personal Injury department have been ranked in band 3 for Manchester and the surrounding areas, with Jonathan Bridge receiving received a band 2 ranking in the lawyers’ rankings. He has been praised as an “incredibly methodical” lawyer who “is calm under pressure and gets on well with clients.”  We’re delighted that the team have been able to hold their their position as regional leaders within this extremely competitive area of law.

Farleys’ Financial Crime department received an excellent band 1 rating. They were commended for their “tremendous support staff as well as solicitors, consultants and investigators. From top to bottom it’s a first-class serious crime firm, particularly for high-profile people or businesspeople.” There was also a specific mention of the team’s proficiency in tax fraud cases.

Head of the Financial Crime team, Paul Schofield was also ranked in band 1 in the individual lawyers’ rankings. Sources have described him as “very good at strategic thinking,” and stated that he “assimilates complex facts very well.” The team have also been ranked in ‘Band 1’ for criminal work in the North West.

Finally, our head of Family Law, Antonia Love has been ranked as a leading individual once again, on her work with high net worth individuals on finance matters following relationship breakdowns – sources comment that she is “very thorough, efficient, friendly and kind.”