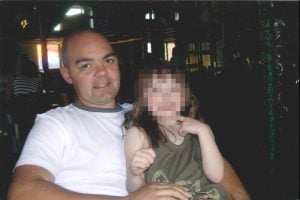 On Tuesday 17 January 2017, a Public Inquiry opens at Liverpool Crown Court into the fatal shooting of Anthony Grainger by Greater Manchester Police (GMP). This is only the second time in England and Wales that a Public Inquiry has been set up to examine a fatal police shooting.

Anthony was shot dead on 3 March 2012 by a police officer as he was sitting in the driver’s seat of his car in a car park in Culcheth. He was unarmed. There were no guns in his car. He was shot at close range by an officer with a semi-automatic rifle.

North West law firm Farleys Solicitors have worked with Mr Grainger’s family over the last five years as they have tried to come to terms with this violent killing and to discover the truth as to why Anthony died.

The family have faced many hurdles in their quest for justice for Anthony.  They were forced to wait two years for the outcome of a detailed Independent Police Complaints Commission investigation into the shooting, to then learn the contents of the sensitive report from the local newspaper, to which GMP had leaked details.

In 2014, a criminal prosecution was brought as a result of the shooting, against Sir Peter Fahy in his capacity as Chief Constable of Greater Manchester Police.  The trial could not ultimately take place, due to the existence of “secret material” and evidence, and so the GMP were not held to account.

Throughout the five year investigation, GMP have attempted to hold back huge amounts of evidence from Anthony’s family, some 5850 entries, with any evidence that has been provided being subject to over-redaction. Just days before the Inquiry is due to commence, thousands of pages of relevant material are yet to be disclosed. The family will be excluded from the first two weeks of the inquiry as GMP representatives address this secret material.

“The family want two things from this inquiry. Firstly they want to understand how an unarmed man can be shot dead at close range by a police officer with a high-powered rifle.

“Secondly they want lessons to be learned. No mother should face that knock on the door and be told by an officer that the police have shot and killed her son. Anthony’s parents, siblings and children were all devastated by his death and deserve to know what mistakes were made leading up to that fatal shot being fired, and how we can make sure that such mistakes are never repeated.

“To achieve these objectives GMP need to attend the Inquiry with a willingness to be open. If the Inquiry becomes a 14 week exercise in GMP attempting to limit the extent of criticism for their failings, lessons will not be learned.

“The family are not encouraged by the conduct of GMP since they shot and killed Anthony but must put their faith in the Inquiry. They are extremely grateful to His Honour Judge Teague and his Inquiry team for the hard work they have already put in to preparing for the inquiry.”

The Inquiry begins on Tuesday 17th January.  During  the first four days, there will be an opening speech from Counsel to the Inquest, followed by opening speeches from the other parties and statements about Anthony from family members and his partner. There will then follow two weeks of closed hearings at which the Inquiry will consider evidence from GMP and the National Crime Agency, before the examination of all the witnesses begins.