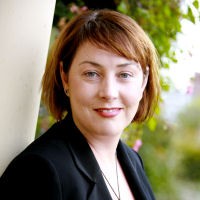 Leading Family Law expert, Antonia Love, has represented two brothers, who have spent nearly all their lives in care, in their claim for damages following what Mr Justice Peter Jackson described as amounting to ‘degrading treatment’.

The brothers were subjected to 13 years of fostering, with one boy having 96 placements and his brother 77.

Antonia Love, Partner and Head of Farleys’ Family law department, described the case as one of the ‘saddest’ examples of care system failure she has seen.

The brothers were taken into the care of Lancashire County Council in 1998, with their subsequent history being recorded in what the Judge described as a ‘staggering 19,000 pages of social work records’.

In 2002 the siblings were placed with ‘abusive’ foster carers and were removed when the police became involved.  In 2008, they were again removed from another foster family when one of the boys was assaulted with a belt.

The Court heard that the boys, now aged 16 and 14, who cannot be named for legal reasons, in one instance, were made to stand against a wall in their underpants during one foster placement, as a punishment for fighting. Since then, one of their foster carers has been convicted of sex offences against another child and jailed for three years.

The Judge ruled that “Lancashire County Council failed to provide the boys with a proper opportunity of securing a permanent adoptive placement and a settled and secure home life”. He also criticised LCC’s internal review system.

Miss Love praised the bravery of the boys in bringing their case before the courts before adding, “This is quite simply one of the most shocking cases we have ever come across of children being failed by the care system and we are extremely proud of these two boys for having the courage, after all they have already been through, to see this case through to this rightful judgement.”

Miss Love heads a team of Family Law Solicitors who specialise in assisting children and family members challenge decisions and actions taken by a Local Authority in relation to the placement and care of children.   If you think you may have a case and you would like Farleys to represent you, please contact us now for a free, confidential review of your circumstances.

The case has been covered by a number of leading news sources including the BBC, The Daily Mail, and The Huffington Post.