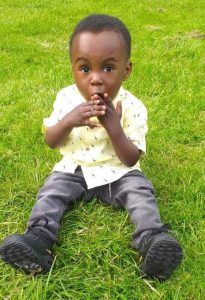 Awaab Ishak sadly passed away when he was two years old. He lived at home with his mother and father in a housing estate in Rochdale. The housing was managed by Rochdale Boroughwide Housing (RBH). Awaab’s father, Faisal Abdullah, had previously made complaints about the amount of thick black mould in the kitchen and bathroom and also previously requested re-housing.

Over the two to three weeks prior to his death, Awaab developed flu-like symptoms and had difficulty breathing. On 19th December 2020, he was taken to Rochdale Urgent Care Centre due to difficulty breathing. He was transferred to the Royal Oldham Hospital, where he was given supportive treatment and then discharged.

At home, he continued with difficulties and his breathing became worse. His parents requested a GP and gave him medication but as his presentation was worsening he was seen at the Rochdale Urgent Care centre on 21st December 2020. He was critically unwell and found to be in respiratory failure. He was transferred to Royal Oldham Hospital where upon arrival he was in cardiac arrest and sadly pronounced dead on the same day.

The Inquest into Awaab’s death will resume tomorrow and will consider the following matters:

Awaab’s father, Faisal, has said: “We have a number of questions that we hope the Inquest process will provide answers to.  We want to ensure that any lessons to be learned are acted upon and that no other family has to go through this.”

The family do not wish to be contacted at this time and will not be making any further comments until the conclusion of the inquest proceedings.

The family is represented by Kelly Darlington and Alice Wood of Farleys Solicitors LLP and Christian Weaver of Garden Court North Chambers.