Hydraulics Firm Prosecuted After Man Loses Sight in One Eye 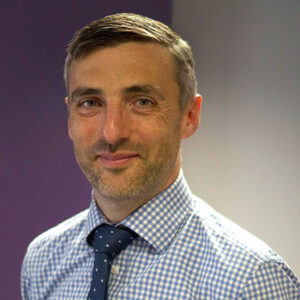 A Lancashire workplace injury expert has called on manufacturing firms to recognise the importance of robust health and safety procedures, after a company was fined over an incident in which an employee lost the sight in his right eye.

Duane Scholes, 28, was working as a trainee engineer at hydraulic equipment manufacturers Lodematic Components Ltd when he was struck in the face by a pressurised hose during a test when a connector catastrophically failed. The worker suffered a broken jaw, multiple facial lacerations and total blindness in his right eye.

He has since returned to work in alternative employment, but has been awarded substantial damages following a legal battle with his previous employers.

Lodematic Components were fined £35,000 and ordered to pay costs in relation to the incident in January 2014, after an investigation by the Health and Safety Executive revealed that the test zone was not segregated or safeguarded and the company had not carried out a risk assessment. The investigation also highlighted that the test equipment had not been maintained and was not suitable for the task.

Nick Molyneux, a Partner and specialist in accidents at work claims at Farleys Solicitors represented Mr Scholes and said the case was similar to others that his team encounter on a regular basis.

He said “ Incidents of this kind demonstrate just how devastating work accidents can be for those involved, often leaving victims with injuries which impact on them for the rest of their lives.

“We continue to be contacted by workers from the manufacturing sector who have been injured, through no fault of their own, due to insufficient safety checks by employers.

“This should serve as a warning to companies that they will face legal action if they do not learn from incidents like this and adopt a pro-active attitude to employee safety.”

Duane said “Thanks to the support from my legal team at Farleys, I can finally put this ordeal behind me. I am just glad that justice has been achieved and now that Lodematic have admitted their mistakes. I just hope they take note and improve their procedures in future.”