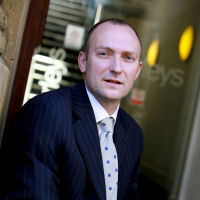 Farleys have secured a £54,000 settlement for a client who was the victim of child abuse which took place over 30 years ago. The man, who has asked to remain anonymous, suffered abuse of a sexual nature, including instances of rape, for over a year at the hands of his social worker.

The abuse, which took place at Stonecross School in Ulverston, Cumbria in and around 1978, occurred when the client was just 12 years old. Jonathan Bridge, head of the abuse and actions against detaining authorities department at Farleys, successfully led the compensation claim against Lancashire County Council.  After an initial settlement of £35,000 was rejected, a £54,000 out of Court settlement was reached last week. The claim was based on the suffering and pain the client was innocently subjected to, and the resulting psychological trauma that has had a prolonged effect on his life, affecting his ability to form relationships and pursue a ‘normal’ working life.

Speaking on behalf of the client, Jonathan Bridge of Farleys commented:

“Our client has suffered for many years as a result of this abuse, and the settlement achieved can at least go some way to him obtaining closure on the horrendous events he suffered as a child.

“This settlement goes to show that cases involving abuse can be pursued for many years after the events occurred, and do not necessarily have to involve Court proceedings, which for obvious reasons, clients would rather avoid.

“We are in no doubt that our client was not the only child to suffer at the hands of abuse at the school, and others like is, during this time. Our client has given us permission to publish the details of his case in order to make others who may also have suffered abuse aware that they can pursue action against their former abusers, despite the time lapse since the events took place”.

For more information or to speak to a solicitor who specialises in child abuse claims and suing the local authority, contact Farleys Solicitors on 01254 606090.