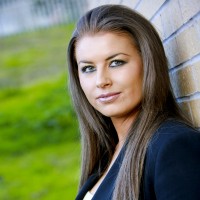 Maternity and paternity leave have received a great deal of press coverage over the past few months.

First there were the proposals, put forward by the European parliament, to extend maternity leave to 20 weeks on full pay and make that mandatory in the EU.

This was followed in January by the Government’s announcement of proposals to extend paid Paternity Leave for male employees to ten months and to allow parents to divide up the female’s maternity leave between them.

With many issues surrounding the topic, including workplace equality and discrimination,  achieving a work-life balance, and concerns about the cost to businesses during a time of economic difficulty, it is no wonder that maternity and paternity leave remains a controversial topic within employment law.

Changes to UK employment law, coming into effect on 3rd April 2011, will see fathers being able to claim up to six months’ of the mother’s maternity leave provided she returns to work. These new additional paternity leave arrangements are in addition to fathers’ previous entitlement of two weeks Paternity Leave on statutory pay of £124.88 per week.

Women retain their entitlement of a year’s maternity leave, which includes six weeks on ninety-percent pay and thirty-three weeks on statutory maternity pay, presently £124.88 per week.

Small to medium sized businesses and their working schedules and contracts are bound to be affected by these changes, with employees being entitled to take varying periods of differing weeks paid leave.

The Government’s current plans, although with the intention of primarily benefiting families, will inevitably cause problems for employers from an organisational perspective.

The employers of both parents shall have to liaise with each other in order to work out the periods of leave actually taken by each respective employee and to ensure that these rights are not being exploited.

Although allowing a much more flexible option for parents, employees will need to carefully consider their individual economic circumstances before embarking on a shared leave situation.