Farleys Partner Raises Over £2000 for Charity in Marathon

Home » News » Farleys Partner Raises Over £2000 for Charity in Marathon 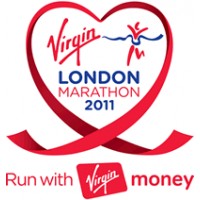 Paul Corrigan, Partner at Farleys’ Burnley branch , has raised over £2000 for charity by completing the Virgin London Marathon. Paul, a solicitor and Partner in civil litigation, ran the gruelling 26.2 mile course in three hours, twenty six minutes and twenty seven seconds in aid of the Down’s Syndrome Association.

Having undertaken an intensive training regime, losing over two stone in weight since November last year, colleagues and friends were keen to show their admiration for Paul’s efforts, with over £1500 in donations pledged in advance of the race.

“I am delighted to have completed the London Marathon”, commented Paul. “When I hobbled over the finishing line in the New York Marathon two and a half years ago, I promised I would never put myself through such torture again and it would be my first and last marathon!”

“The work undertaken by the Down’s Syndrome Association is so inspiring, however, that when I was offered the opportunity to raise money for the Charity by running the London Marathon in one of their Golden Bond running places, I couldn’t turn it down.

“The amount that has been pledged in donations so far is fantastic and makes all the time, effort and pain endured during training and the marathon all worthwhile.

“I would like to personally thank each and every donor for their kind generosity and I can assure each and every one that the donations will be invaluable to the Association and it’s charitable work.”