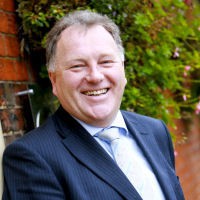 Andrew Church-Taylor, solicitor and partner from Farleys’ highly respected criminal law department, appeared on Radio Lancashire on Friday to comment on the recent riots. Andrew was invited onto Brett Davison’s drive time show to discuss the law relating to riots and shed some light on the sentences being handed down following the widespread troubles across England last week.

Introducing the topic, Davison commented that criticisms had been raised regarding some of the sentences, with some being deemed too lenient, and others too severe. He went on to cite an example of someone who was involved in the riots getting just 4 months, commenting that this seemed very lenient.

“You tend to find that when there is a major public disturbance, that courts respond accordingly. And courts will deal with the offences that come before them in the context of the disturbance”.

When asked whether the courts were trying to set a tone through sentencing, Andrew said:

“You start to get deterrent sentences, because obviously the courts are sending out the message that they don’t want others to become involved in the disorder.

“The person who was sent to prison for 6 months for stealing £3.50 worth of water, the district judge indicated that in his view, it was looting. It’s an emotive term, but that’s why the offence attracted a six month sentence. It might not, set against a different background, have attracted such a sentence”.

If you missed the show, you can listen again via the BBC website. The interview with Andrew begins sixty nine minutes into the broadcast.