Clean Sweep of Wins for the Crime Team

Home » News » Clean Sweep of Wins for the Crime Team 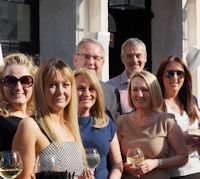 Instances of serious crime and fraud often seize media headlines, with allegations of drug rings and high profile cases gripping the public interest. The law in this area is far reaching, covering a broad spectrum of offences that only specialists in criminal defence can navigate.

Due to the lengthy custodial sentences attached to serious criminal offences, the results in these cases are often life changing. We are therefore delighted to announce three recent case wins in which our serious crime team have successfully defended clients.

R v IBM & others – “Operation Maple”
An international drugs operation, which saw the sale and manufacture of up to 200 parcels of illegal highs with an estimated street value of £3.6m, our client faced a number of serious charges regarding their involvement. The case went to trial at Bolton Crown Court where our client strongly maintained his innocence from the outset. After just 11 days our client was acquitted with the jury returning a verdict of not guilty.

R v JR & others – “Operation Crow”
In this particularly complex case our client was accused of attempting to evade duty on Class A Drugs. When the case first went before Maidstone Crown Court it abandoned due to a host of legal issues that prevented the continuation of the trial. The trial was later reorganised for spring this year, with our client maintaining his innocence from the beginning of proceedings. 18 days into the trial, the case once again collapsed resulting in our client being formally acquitted of all charges.

Recently our regulatory defence department represented a client in R v JH & others – “Operation Elveden”. Charged with conspiracy to commit public office through the sale of information to tabloid news paper The Sun, our client stood trial at the Old Bailey this year. Strongly denying accusations of any wrong doing our client held he was innocent of all charges. The trial lasted 51 days at the end of which, he was acquitted by Jury.

As demonstrated by the above cases criminal law is highly complex, covering a broad range of offences. Constructing a sound legal defence is about much more than deflecting allegations. The success of a client’s defence will rest on the ability of their representation to identify and test flaws in the prosecution’s argument, allowing the defendant the opportunity to voice their narrative.

Here at Farleys our criminal defence solicitors are regarded as leading specialists both regionally and nationally. For further information or to speak to a solicitor contact us 0845 050 1958, alternatively please complete an online enquiry form.