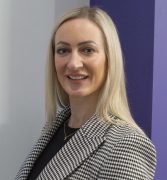 The family of Lee Lewis, a 22 year old man who died after crashing into a wall whilst being pursued by the police, have been awarded £20,000 in compensation from South Wales Police. The family, who were awarded the compensation in an out of court settlement during a civil claim against the police, have stated that this did not reduce their frustration at the way the police have handled this case.

An inquest into the death of Mr Lewis was held in January 2012. It was found that Mr Lewis crashed his girlfriend’s mother’s ford fiesta into a stone wall after losing control in Margam, Port Talbot in May 2008. Mr Lewis sustained multiple injuries and subsequently died 12 days later in Morriston Hospital, Swansea after developing septicaemia. Mr Lewis had not been wearing a seatbelt at the time of the crash and it has since been discovered that the car had been taken without consent.  The officers did not have sight of Mr Lewis or the car at the time of the accident. A narrative verdict was left by the Jury.

On the day of the accident, the police began to pursue Mr Lewis after he was seen driving without lights. However, the pursuit which then followed has come into question after it was revealed that officers ignored orders from the Control Room to stop pursuing Mr Lewis.

The five officers involved were found to have committed disciplinary offences by disobeying orders from the Control Room following an investigation by the Independent Police Complaints Commission (IPCC). All five officers received written warnings for misconduct.

The investigation by the IPCC also found that not one of the five officers involved were qualified to take part in pursuit driving, and some of them did not even understand the meaning of the term ‘stand down’ used by the Control Room in order for them to stop pursuit. The officers were also found to have been dishonest about the speed at which they were travelling; the truth coming to light following analysis of the police car’s ‘black box’ recording device. The recordings show that speeds of up to 90 MPH were reached.

South Wales Police stated that it has learned lessons from the incident and taken on board all the recommendations made by the IPCC.

Mr Lewis’ grandfather, Peter Howells, has requested that the case be reviewed and has made his frustration at the sanctions issued to the officers clear. Mr Howells stated;

“They didn’t even get a speeding fine’¦ they’ve had nothing, just a slap on the wrist – this isn’t justice’¦Until you’ve actually been through it I don’t think you can understand. He was a young man, he had a young baby, and it’s ruined our lives.”

Mr Howells has also suggested that the compensation received on behalf of Mr Lewis’ son Iestyn, was not enough.

In response, Mr Alun Michael South Wales Police Commissioner, confirmed that he was satisfied with the thoroughness of the investigation and that he believed lessons had been learnt and incorrect procedures changed.

Farleys has a team of solicitors specialising in inquests and claims against the police. For more information or to obtain legal advice in relation to an inquest or police complaint, please don’t hesitate to contact us.