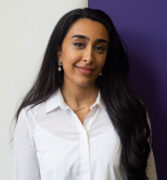 Coronavirus continues to have a detrimental effect on jobs throughout the UK, as 1,734 employers have recently notified the government of plans to cut 20 or more posts. These figures are close to the highest levels seen in June and July of this year and the highest levels recorded since 2006.

This has coincided with an increased amount of restrictions being introduced in the UK as the infection rate of Covid-19 began to rise once more. The total number of positions considered to be at risk in September was 82,000. This was a slightly lower number than the peak in summer but a shocking three times the level of the previous September.

Tony Wilson, director of the Institute for Employment Studies stated that; ‘what we may be seeing is firms who were intending to bring people back deciding that they can no longer do it because of the worsening economic climate’.

The government’s furlough scheme which was introduced at the start of the first lock down has now been modified. The scheme will remain open until March, with employees receiving 80% of their current salary for hours not worked until at least January. Businesses intend to have a higher level of flexibility in that they can bring furloughed employees back to work on a part time basis or furlough them full-time.

Employers have to notify the government when they plan to make 20 or more staff redundant in any single establishment. The Office of National Statistics showed 227,000 redundancies between June and August- which was a record increase of 113,000 on the previous three- month period.

There was a slight bounce back for the economy in summer after the massive economic downturn earlier in the year, as more workers were encouraged to return to the office and the government’s schemes such as ‘Eat Out to Help Out’ were implemented. The second lockdown has halted these plans for a return to normality as many employees are again left in an uncertain position.

We know that this is a difficult period for many who are worried about whether their jobs will be in jeopardy due to external, uncontrollable factors. If you require advice about redundancies, please contact Farleys employment law specialists on 0845 287 0939 or contact us via email.

Please note: The information contained in this article is correct as of 05/11/20. Due to the ongoing nature of the coronavirus pandemic, inf...

The COVID-19 pandemic is having a significant detrimental impact on many businesses’ finances. Unfortunately, many employers will have to ...

A Summary of the Chancellor’s Announcements for Employers

Please note: The information contained in this article is correct as of 24/09/20. Due to the ongoing nature of the government guidance, if y...