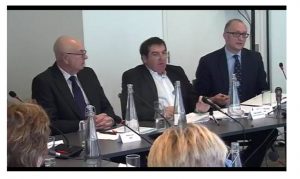 The independent inquiry has been set up to investigate historical child sex abuse in England and Wales, looking at the claims made against a wide range of organisations including local authorities, the armed forces, religious organisations and perhaps most prevalent at the moment, people in the public eye. The IICSA will review at the extent to which these organisations have not taken seriously their responsibility to protect children and hopefully bring justice to those who have suffered unnecessarily.

Jonathan is attending a seminar today in London organised by the IICSA, which brings together the country’s leading abuse lawyers in an effort to discuss the current civil justice system, its failings for victims of abuse and to share views on their experiences on how things can improve for abuse victims.

This is the first engagement by the IICSA with key groups and will be followed by further seminars including with victims and survivors in 2017.  The seminars are being streamed live on the IICSA website today (29 November 2016).