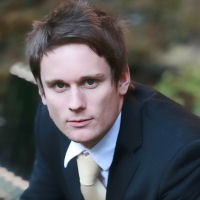 A trainee solicitor from Farleys will be donning his running gear to take part in the Powerade Great City Games on Sunday 20th May. Richard Yates will be participating in the 200m hurdles race which takes place on a specially laid race track along Deansgate in the city centre.

Yates is an international athlete but joined us in September last year to pursue a career in law. He is currently working as a trainee at Farleys’ Parsonage Gardens office where our sports law department is based.

Richard, who’s main event is the 400m hurdles, came 5th in the 2010 Commonwealth Games and holds a bronze medal for the Commonwealth 400m relay.

Commenting on the race, Richard said:

“I’m really looking forward to taking part in the event, especially as it’s taking place in the city where I now work! This is obviously a great year for athletics in the UK and hopefully the event will help get everyone in the mood for the forthcoming Olympics”.

The Great City games, now in its fourth year, brings world class athletics to the streets of Manchester. One of the games’ highlights in previous years was Usain Bolt’s world best performance of 14.35s for the 150 metres (straight) in 2009. This year’s games feature a number of international winners such as Olympic gold medal winner Felix Sanchez and British Olympic hopefuls including Jessica Ennis.

Richard’s race starts at 16:29 and will be aired live, along with the rest of the day’s events, on BBC2.