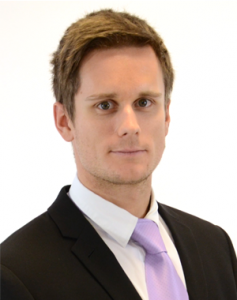 We are delighted to announce that Richard Yates, solicitor in our Sports Law and Commercial Disputes department, has been chosen to represent England in the forthcoming Commonwealth Games. Richard will be taking part in the 400m hurdles at the Games, which this year take place in Glasgow.

Richard, who joined Farleys in 2012 as a trainee solicitor and recently qualified as a solicitor in the Sports Law and Commercial Litigation team, has participated in athletics at a professional level for over 5 years. He is hoping to bring a medal back to Manchester as he strives to beat his result from the last games in Delhi in 2010 when he finished 5th in the 400 metres hurdles and won a bronze medal in the 4×400 metre relay.

“Taking part in the 2014 Commonwealth Games is going to be the pinnacle of my athletics career, and I’m delighted that all my hard work has paid off.  Taking part in a tournament so close to home means that we will have great support and some of the Farleys’ team are looking forward to coming up to watch me compete.

“I’m hoping to bring back a medal to Manchester but the competition will be really tough this year.  I’ve been working really hard to ensure that I’m as fit as I can be both physically and mentally and cannot wait to get to Glasgow!”

We’ll be keenly following Richard’s progress in the Games, which begin on 23rd July and will provide updates on our news pages and blog.