DIY store, B&Q has announced it will stop selling Roundup weed killer after a case in the US linked it to causing cancer.

Back in August 2018, a shock verdict was returned by an American jury whereby manufacturer, Monsanto, was ordered to pay $289 million (£226 million) in compensation to Mr Dewayne Johnson. Mr Johnson claimed that the glyphosate found in Roundup weed killer caused his cancer.

Mr Dewayne Johnson was diagnosed with terminal non-Hodgkin’s lymphoma, an uncommon cancer, in 2014.

As part of his role as a school groundsman, Mr Johnson used Roundup weed killer regularly. The weed killer contains a chemical called ‘glyphosate’ and Mr Johnson claimed that exposure to the chemical, through use of Roundup, caused his cancer.

In this case, the jury found that the use of Roundup was a substantial cause of Mr Johnson’s cancer. The jury also found that the manufacturer failed to warn its customers of the dangers in using the product despite being aware of the health risks, and that they therefore acted with ‘malice and oppression’ in selling Roundup.

Since this ruling, Monsanto was bought by Bayer, a German chemical giant. Numerous other claimants have taken legal action against Bayer for their cancer, which is believed to have been caused by the glyphosate in Roundup. There are now 50,000 similar cases against Bayer.

Glyphosate is a herbicide which is contained in weed killers worldwide. It is very commonly used in UK agriculture and it is also used in parks, schools and gardens in the UK.

In 2015, the International Agency for Research on Cancer warned that glyphosate was a ‘probable human carcinogen’. Although it is commonly used in weedkiller products, there has long been a concern that the chemical may be cancerous. Emma Hockridge, head of policy at the Soil Association, claims that the Monsanto case has highlighted, ‘the problem with relying on chemical pesticides globally as so little is known about the long-term environmental and health impacts.’

In their defence, Monsanto argue that there is no link between glyphosate and cancer as they claim that there is, ‘no credible scientific evidence that demonstrates otherwise.’ In view of this, the company now intend to appeal the jury’s verdict.

What Are The Implications For The UK?

B&Q have now delisted Roundup weed killer as well as other products which contain glyphosate meaning they will disappear from shelves once their current stock has been sold. The Royal Horticultural Society, Waitrose, and Dobbies, the garden centre, have also dropped Roundup.

It should be noted however that personal injury claims for compensation suffered in the UK are assessed and calculated in a different manner to those brought in America.

In Mr Johnson’s case, the jury returned the verdict that there was a causal link between the chemical used in Roundup and Mr Johnson’s cancer. In the UK, juries do not give the verdict in such cases. If a personal injury claim goes to trial in the UK, a Judge will make the final decision as to causation after considering the evidence obtained by both parties.

In the UK punitive damages are very uncommon and are not usually awarded in personal injury claims. The main principle in assessing damages in the UK is to ‘put the injured party into the same position as he was before’ the accident or negligence. Therefore a Claimant would normally expect to recover General Damages which would cover the value of the injury and Special Damages which cover any other losses incurred as a result of the accident/negligence such as loss of earnings, travel expenses, medication expenses etc.

Worried about My Legal Case – What Can I Do?

The coronavirus pandemic and subsequent lockdown has had a huge impact on businesses in the UK over the past two months. No sector has been ...

Just Eat Out? The Fear of Eating Out With Allergies

Eating out or purchasing food can be a daunting experience when you or a member of your family has a food allergy. Receiving a birthday meal... 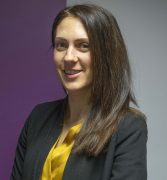 Accident in the Gym – Who is Responsible?

If you have decided to kick-start the year with a new fitness regime, your local gym will no doubt become your regular haunt (for the time-b...