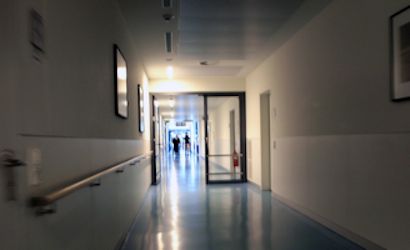 An inquest into the death of James Booth concluded on 16th May 2022 at Stockport Coroner’s Court.

James, aged 52, went missing whilst under the care of the Altrincham Priory Hospital Tatton Ward; a 17 bed acute mental health ward, in October 2020.  He had been admitted for treatment under Section 3 of the Mental Health Act, and had a long history of psychiatric illness. He was sadly found dead a week later.

Evidence was heard over the course of 8 days from a number of medical professionals, largely working for the Priory Group. Having heard all of the evidence at the inquest, the jury concluded that a number of failings had contributed to the death of this vulnerable 52 year old man.

James had been known to NHS psychiatric services since 1997. In 2010, he returned to living in a community setting and with the support of his siblings, his mental health remained stable for the following 10 years. He engaged in regular psychotherapy however since the outbreak of Covid-19, the therapy offered had changed from face-to-face to virtual. James had struggled with this change. His family noticed a deterioration in his mental state during mid 2020 and in July 2020, he made a serious attempt to end his life resulting in a referral for an inpatient admission to an acute mental health ward. There was no bed availability within Greater Manchester Mental Health NHS Foundation Trust at the time however, a bed was available at Priory Altrincham and James was admitted to Tatton Ward.

James had made several attempts to abscond in the week prior to his death and staff recognised a plateau in his progress. He expressed suicidal thoughts and began to express a reaction to his care and treatment plan.

On the afternoon of 7th October 2020, James absconded from the Priory Hospital. The Priory’s policy for detained patients who abscond was initiated and Greater Manchester Police were notified. On 14th October 2020, police officers found James’ body, hanging in a farm woodland nearby to Priory Altrincham.

Whilst the inquest found that there was a delay in the police response time, this was not causative of James’ death and would not have altered the tragic outcome.

The jury, having heard all of the evidence in this case concluded that the following factors contributed to           James’ death:-

The jury found that the following factors  also possibly contributed to James’ death:-

The Coroner issued a Regulation 28 report to prevent future deaths in relation to the issue  of James’ death highlighted with fencing at the hospital and there being no national standards in respect of this for locked wards. This report will be sent nationally as well as to the Priory.

The Coroner is also considering and undertaking further investigations in respect of the risk management process before deciding whether to issue a R28 report on that issue.

James’ family were represented by Kelly Darlington and her team and Paul Clark of Garden Court Chambers.